artefact center January 2016 – Germanys north was covered with snow when Alex arrived in January 2015. One year later during his closing seminar peer volunteers  organized a farewell snowball fight for artefact volunteer Alex Tumuhairwe from Uganda. In between artefacts first weltwärts south volunteer experienced much more surprise than just snow. Finally Alex summarized that there were so many unexpected things to learn and to adjust to.

After his application and selection In September 2014 Alex joined his first preparatory seminar in Lweza on the shores of Lake Victoria together with peer volunteers from Tanzania and Uganda. Information about Germany and the weltwärts program were given including hints how to bear the culture shock in the north. Visa application and the participation in German classes took quite a while of the preparatory phase before Alex had to say bye  bye to his family and his friends in rural Bushenyi district in the West of Uganda.  Entering the gangway to the aircraft was the start for the big step 6000 km northwards.

The program Alex took part in is called weltwärts – which means stepping into the world. For him it meant to exchange his family background in a rural district close to the equator to new living and work conditions in the utmost north of Germany. For one year Alex shared an apartment with Britta a German student in the town of Flensburg very close to the Danish border.

Alex volunteer placement was with the artefact center in the tiny little town of Glücksburg. Alex preferred staying in the big place of Flensburg rather more than in the town of his workplace. 5 days per week the volunteer had to commute between his apartment in the fifth floor of a big building in the center of Flensburg and the work site in the rural outskirts of Glücksburg. A busline is connecting the two towns. Later Alex decided to cycle to work- every day a distance of 15 km to work and 15 km back. He did the ride together with his artefact peer volunteers Lea, Simon and Antonin , young Germans who were also taking part in a volunteer service in the artefact center.

As a technician Alex supported the technical staff of artefact in the maintenance of the premises and the surrounding area. The artefact center comprises a compound with demonstration plants and information about renewable energy. Alex special interest was to learn more about challenges in the field of small scale plants  of renewable energy techniques. In the summer season he took part in a practical workshop about  wind energy. A small scale turbine  was built at the artefact center by students from Denmark and the US. Finally the turbine was raised up and all participants received a certificate.

Volunteering with the weltwärts program means much more than working with the partner institutions. At least 25 days of seminars are offered to the participants. Some of the seminars were conducted in the artefact center others in Berlin and in Bavaria.  Seminars are meeting points to exchange with other volunteers about common experiences but also places to learn about political and intercultural aspects of the life in Germany.

After one year with  the final closing seminar when the artefact center was covered by snow again Alex and all peer volunteers were sure that it is time to say good bye. All were prepared to do the next step- to take the huge rucksack with impressions back home and to unpack experiences, stories and photos to talk in Africa about global issues and lessons learnt in the North of Germany.

The aim of the weltwärts program is to enable young people from countries of the south as well as young Germans to enhance knowledge about other cultures in their countries and to shape a sustainable future in their private surroundings as well as in their societies.

Bye , bye Alex – we are grateful for the time we had together with you as the first artefact weltwärts volunteer and we hope very much to keep in touch to learn from your experiences after your return to rural Bushenyi district in Uganda. 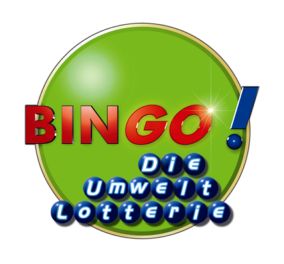